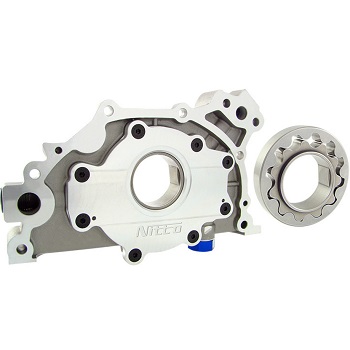 Note: Nitto RB oil pump NIT-OIL-RB26 is the same pump as the one here NIT-OIL-RB26SINE but with one difference that the inner cog is different and that it also includes the SINE Cog (NIT-OIL-COLSINE).

Suitable for on off on off application reffering to 800+1000+ HP Circut/Drift cars, why because the gear will handle alot more abuse than a flat drive gear will. I could try to explain it more in words but your better off watching the video below to understand the difference between the normal flat drive and the new sine drive gears.

Oil flow and pressure is dramatically increased over that of the factory oil pump which is critical in modified engines for reliability of the lubrication system. Failure of this system is the “Achilles heel” of the Nissan RB series engine even on mildly tuned examples and accounts for a high percentage of ”RB” engine failures. 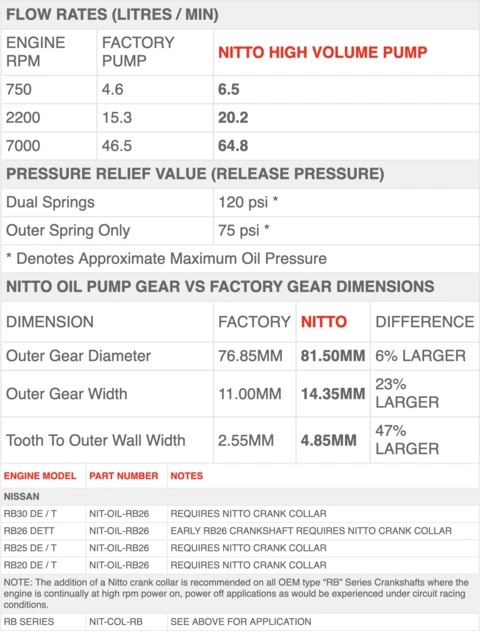